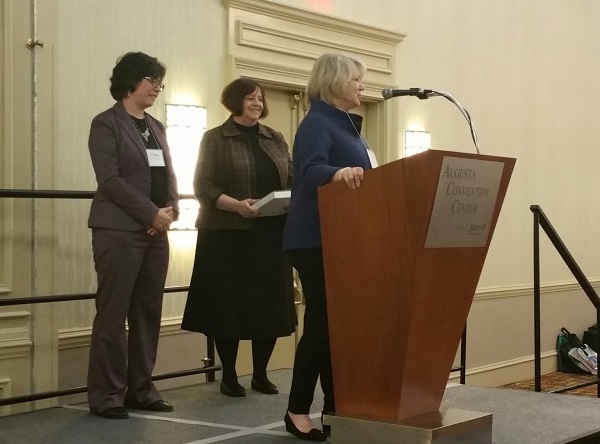 Congratulations to Mrs. Susan Thayer, Cobb Board of Education Chair receipient of the Foreign Language Association of Georgia 2016 President's Award for her support of dual language immersion!

"Susan Thayer began her term on the Cobb County Board of Education in January, 2015. In January 2016, the Board elected her to serve as Chair. Her career in public education spans over thirty years and includes twenty-three years of administrative experience at the local school and central administration levels. She has served in three large Atlanta area school systems, and some of the positions held are teacher, guidance counselor at Osborne High School and principal of Pebblebrook High School. Other positions include Director of Leadership Development and Executive Director of High Schools with Cobb County School System and Assistant Superintendent of Curriculum K-12 with the Douglas County School System. Mrs. Thayer is a supporter dual language immersion programs. Shortly after her election to the Cobb County Board of Education, she asked district leadership to present information on dual language immersion to the Board and later to elementary principals.

We have 457 guests and no members online